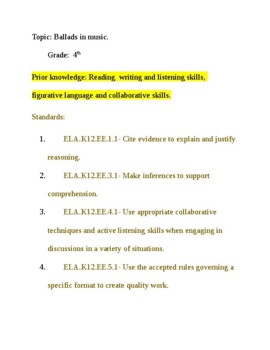 I got sick again, go figure! I am recovered enough now to focus on education. I decided that it is best to use my knowledge before I forget it all. I started using teachers Pay Teachers... not everything will be free but a lot will be. Here is my first product!!  https://www.teacherspayteachers.com/Product/Complete-Lesson-Ballads-in-MusicPoetry-Florida-BEST-Standards-7313626
Post a Comment
Read more

The Benefits of Dramatic Play in Young Children.

July 02, 2021
"Play is fundamentally important for learning 21st century skills, such as problem solving, collaboration, and creativity..." (Michael Yogman, The Power of Play: A Pediatric Role in Enhancing Development in Young Children). This fact alone demonstrates the importance of play for children. This post in particular will go over some of the benefits of dramatic play, also known as sociodramatic play or roleplaying. When participating in this type of play, children will commonly take up a role that they have observed of an elder. This is important because depending on what the child observes, the dramatic play may correspond. An example of this may be a child witnessing a sibling watch a popular music video such as " What Does The Fox Say? ", you might just see the child running around pretending to be a fox and making crazy noises like the fox in the video (It is comical to think about but also something that I know happens). At first, it may seem that nothing has come
Post a Comment
Read more

Well, it is time! 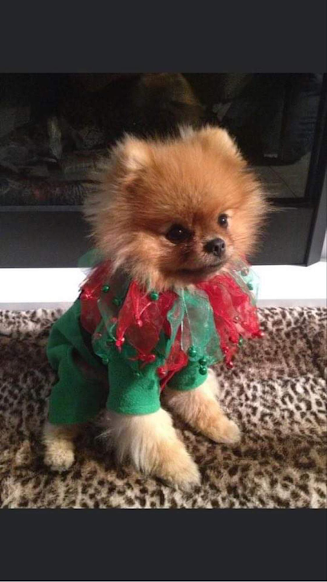 Today many people, including myself, celebrate Christmas Eve. Even if you don't, I am sure you would love to see this picture: An adorable puppy dressed up to the  nines! 😇 Hope you all have a great Holiday no matter what you celebrate and if you do celebrate it, Merry Christmas! Although there are hundreds of other Holidays the important part is that you are happy and healthy! 8.5.5
Post a Comment
Read more
More posts